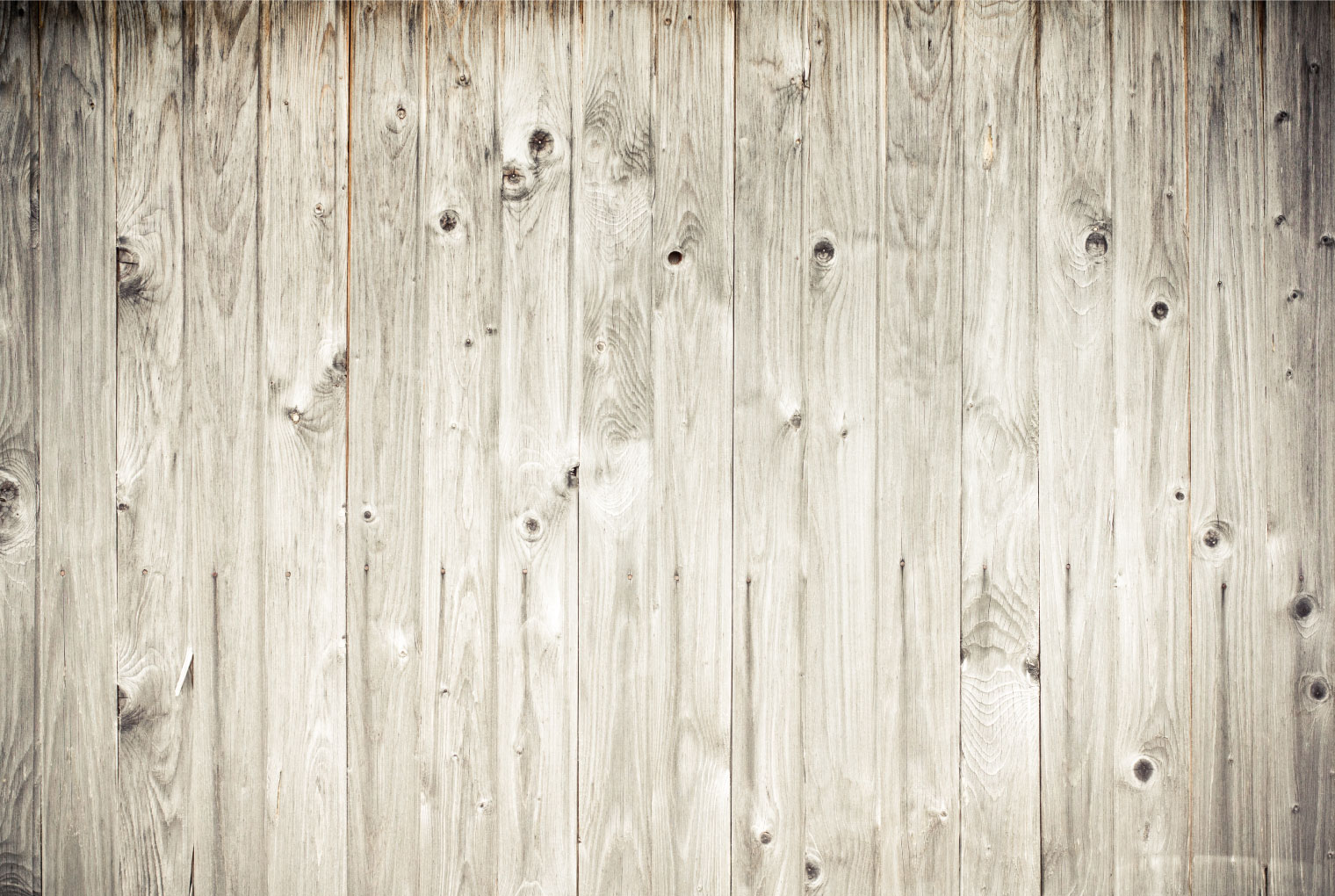 If you are what you eat then the team here at whygrassfed.ca wants to make sure that we eat the closest thing to awesome.  We feel that grazing cows on open pastures and farming practices that would make our forefathers proud is the great way to start. This isn’t an evolution; it is a REVOLUTION and a shift back to how we did things 100 years ago.

We believe that happy animals and lush rolling fields of green are not only beautiful to look at but create a healthy environment for our farming communities so that they can thrive and provide for generations to come.

Many of you are asking, “What is this revolution all about?” Throughout this website we will strive to educate, inspire and empower you to bring the Grass Fed Revolution to life. We will show you how grass fed practices make a difference to not only you but to the farmers and animals around us. We will show you how you can participate in the Grass Fed Revolution and which brands align with our cause.

The revolution is happening… and it is powered by grass!

What is the difference between grass fed, pasture raised animals vs. animals raised on factory farms?

“It’s better to make a quick nickel than a slow dime.” It is with this adage in mind that factory farming began feeding cows a diet of corn versus their natural diet of grass. As a starchy grain, corn simply helped cows gain more weight faster than luscious grass ever could. But this “quick nickel” comes with a price, as simply put, cows aren’t designed to eat corn as their main source of food; quantity was traded for quality.

A cow’s stomach is pH neutral, a perfect environment for digesting grass, but not so for corn and grains. High in starch, and low in roughage, calcium, and magnesium, corn turns the cow’s stomach acidic not only causing the cow intestinal distress, but making the conditions perfect for pathogens like e. coli to flourish.

Sick cows need antibiotics, and when you place those sick cows in cramped quarters (as factory farming does) with other cows, well, all of them get a dose whether they need it or not. Coincidently, antibiotics not only serve to prevent disease, but also to further lessen the time it takes for a cow to reach its slaughter weight.

By focusing on feeding cows grass, the revolution has begun! Feeding cows a diet that they are designed to eat results in finished products that are better for you. Most dairy in the Northeastern U.S. and in Canada are fed a minimum of 75% grass. This shift in focus from feeding grains to grass not only produces a better quality product, it provides a healthier and more natural environment for the cows.

“By acidifying the cow’s gut with corn we have broken down one of our food chain’s barriers to infection.”

It is often said “you are what you eat”, but what we often fail to take into account is that this does not just apply to the food we put into our body, but the food that our food also put into theirs. We are part of a larger picture, a bioaccumulation of the all the choices that have been made as we move up the food chain. Grass fed cows are fed the way they are supposed to be fed, they don’t need to be administered preventative doses of antibiotics, and they are not confined to cramped quarters with unsanitary conditions. In return their quality of diet and life is reflected in the quality of their meat and dairy; it is leaner, tastier and healthier than anything ever raised in a factory.

Why we believe Grass Fed is the way of the future:

Factory farming is damaging our planet and drains us of our natural resources. Corn, the primary grain fed to feedlot cattle requires immense amounts of pesticides, fertilizers and fossil fuels in its production. To put this in perspective, David Pimentel an Ecology professor at Cornell University, has stated that to make the fertilizer to grow the corn to feed just one feedlot steer for its short life (14-16 months) takes approximately 284 gallons (1,075L) of oil; a massive drain on a finite natural resource. Heavily subsidized, corn is a cheap grain that allows for the quick fattening of cattle without any consideration for the larger picture of what it is doing to our planet.

Grass fed is the way! Cattle that does not rely on cheap corn as their main source of energy, does not have the same environmental impact that factory farmed cattle does. We cannot keep depleting our earth of its valuable and limited resources. We need to change our perspective, and foster food systems that are aligned with the way that nature intended.

What are the health benefits of consuming grass fed meat and dairy?

Humans have two essential fatty acids that must be obtained from the diet; Linoleic Acid (LA, omega-6), and alpha-linolenic acid (ALA, omega-3). While both play important roles in our health, especially with respect to cell membrane integrity and immune function, the balance of which we are eating in our diet has become skewed. Now days, most North Americans eat too much omega-6 and not enough omega-3, placing them at risk for low-grade inflammation, and the diseases that ensue from it, such as heart disease, diabetes, and certain forms of cancer.

The meat from factory farmed cattle mirrors that of the standard North American diet with ratios of omega-6 to omega-3 reported to be as high at 20:1. Compare this to grass fed cows that have a much healthier ratio of 3:1 (omega-6: omega:3), as well as lower levels of saturated fatty acids, and total fat in general.

Another unique nutrient found in grass fed meat and dairy is a type of saturated fat known as Conjugated Linoleic Acid (CLA). CLA is a powerful fatty acid that has been shown to have beneficial effects on weight loss, cardiovascular disease (including high cholesterol, high triglycerides, and high blood pressure), immune function, inflammation, food induced allergic reactions and osteoporosis. Again, as with LA and ALA, CLA cannot be made by the body and must be obtained through the diet.

Outside of the fatty acid profile, grass fed animals are not subjected to the same treatment of preventative antibiotics that factory farmed cattle are. It has been reported that residual amounts of antibiotics that are fed to factory raised cattle end up in the food system, impacting our own gut microflora, and creating antibiotic resistant strains of bacteria that can make us sick with infections that are difficult to treat.

In a recent study by the University of Toronto, it was shown that grass fed dairy contained higher levels of Omega 3’s and CLA’s. Please see the table below for their findings:

What are the benefits to the animals?

Grass fed cows conversely, are allowed to graze in open pastures on a diet that nourishes them, instead of distressing them, resulting in healthier cows that don’t require antibiotics to keep them healthy.

Being cramped into a room with a thousand of your closest friends may make for a good party, but it is no way to live.

Cramped into small pens, often not much larger than they are, sewage swills at the cattle’s feet, while troughs above deliver them a diet that causes nothing but digestive upset and illness. Coupled with stress and proximity to disease, it is no wonder these cows are a shell of their true selves.

The amount of grass a grass fed cow consumes will vary based on the country and region in which the farm is located. In North America, specifically in the Northeastern United States and in Canada, grass fed dairy cows are fed a minimum of 75% grass to ensure the overall health and well-being of the animals are maintained. Due to the challenging climates in these regions, these cows are fed a diet rich in grass and a small percentage of their diet is supplemented with grains to ensure they can sustain healthy energy levels while producing healthy, grass fed milk.

What are the environmental benefits?

Factory farming contributes to both air and water pollution, stemming not only from the mountains of feedlot manure, but from the precious land and resources that goes into farming the corn to feed these animals. More than half the world’s corn is fed to animals; a crop that is heavily subsidized, requires huge amounts of pesticides, fertilizers and fossil fuels, and strips the grassland prairie, causing soil erosion, and damage to our precious waterways. Factory farming also accounts for 37% of methane (CH4) emissions, which has more than 20 times the global warming potential of CO2. Our planet isn’t the only one to feel the burden, as the increased exposure to toxins and chemicals also impacts the health of the farmers who work the land and the feedlot, as well as nearby residents who call these places home.

By raising animals on pasture, we eliminate most of these harmful side effects. We don’t require the need for corn the way factory farming does, and in such minimize the deleterious effects that come with it.

Take a moment to read some of these farmer profiles and see why these farmers are getting back to the way we used to farm 100 years ago.

We visited Bruce, who is the farm manager of a small grass fed beef farm in Thornbury, Ontario called Grandview Farms. This farm has been in operation for over 25 years and prides themselves on doing things differently. All of the animals on this farm are pasture raised without the use of antibiotics or added hormones. It is obvious that the animals that live on this farm are enjoying their time there. You can tell when Bruce opens up the gate from one pasture to another that these cows are healthy as they push and shove one another to get to the lushest grass in the new field. Bruce has said “I wouldn’t mind it if when I pass on, I came back as a cow on this farm”. One thing that this farm does that is unique, they fruit finish all of their beef and pork. This means that the animals are fed 1000’s of apples right before they are sent to be processed at the abbatoire. This gives the meat a great marbling effect and you can even taste the apples in the pork. You can read more about Grandview Farms here: www.grandviewfarms.ca

Join the revolution! Enter your name and email address if you would like to receive more information about the grassfed revolution. We will not share your information with any other parties.

Get Social! You can Use the hashtag #grassfed on twitter, Facebook etc. to raise awareness to others about the benefits of grassfed meat and dairy.

If you are interested in reading more about grass fed practises, check out the following articles:

The Big Fat Surprise: Why Butter, Meat and Cheese Belong in a Healthy Diet | Book by Nina Teicholz

Commentary: Grass is Good – How milk from grass-fed cows can make you healthier « College Green